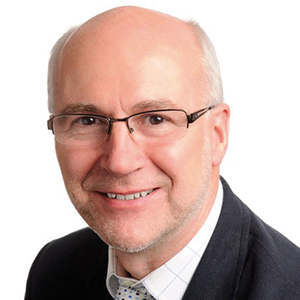 Dr. Simon Day has spent 30 years working in clinical trials, mostly in the pharmaceutical industry but also including five years at the UK and European regulatory agencies. He now works as a statistical and regulatory consultant to pharmaceutical and biotechnology companies around the world. He specialises in training and consulting on drug development programmes, scientific advice/end of phase II meetings and preparations for oral explanations and advisory committees. He is particularly well known for his work in the area of developing treatments for rare diseases. He is a former president of the International Society for Clinical Biostatistics.  He is joint editor of Statistics in Medicine, on the editorial board of Translational Sciences of Rare Diseases, and has previously served on many other editorial boards. In 2012 he was elected a Fellow of the Society for Clinical Trials. He has published widely in statistical and medical journals, is author of one book “Dictionary for Clinical Trials” and is joint editor of the “Textbook of Clinical Trials”, both published by Wiley. Simon has served on a variety of data monitoring committees both for industry- and government- sponsored trials. He is chairman of the External Advisory Panel for the Department of Statistics at Oxford University and an Associate on the faculty at Johns Hopkins University in Baltimore. He formerly served as vice-Chairman of the West London Research Ethics Committee. He has given numerous lectures and courses on statistics and clinical trials all around the world, including courses at the FDA on development and regulatory assessment of orphan drugs. 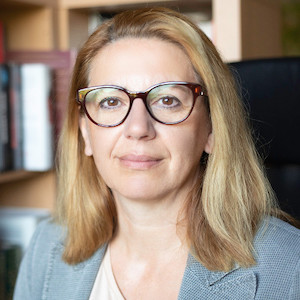 Hanna Hanć is qualified and experienced in business management, consulting and project management (MBA,PMP). Hanna is a business management consultant, having a considerable experience in companies undergoing restructuring, particularly as a result of privatization. Although born in Poland her international experience includes having worked in Spain, Argentina, Luxembourg, Scandinavian countries and Russia. Hanna worked in pharmaceutical production including R&D and API, creative sector – including activities performed “pro public bono”, as well as education and trainings development. Working as a professional in project portfolio management – her major achievement in the field was an introduction of portfolio management processes, organization and IT supporting tools set up in the Polpharma group, the largest pharmaceutical company in Poland (product portfolio adjustment to European Union standards and regulations, including R&D processes). 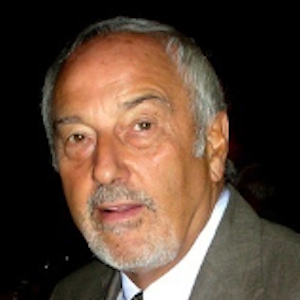 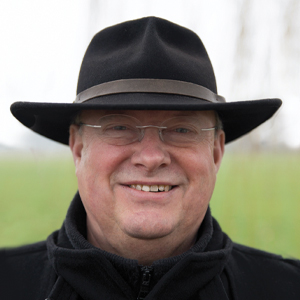 Jan Harmsen has more than 40 years of industrial experience in research, development, design, and commercial scale implementation of processes in oil & gas, bulk chemicals, fine chemicals, food, and minerals. Jan spent 33 years at Shell and held the position of Principal Process Developer and has more than 20 years of experience in conducting courses on sustainable process design, process innovation, andprocess scale-up. He has written books on industrial processes, process design, and process scale-up. 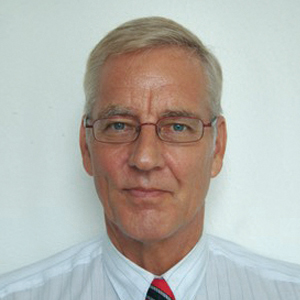 Dirk Horst's first professional study was in Electronics and was successfully followed by a dedicated study in Instrumentation. In 1977 he joined a daughter company of Shell, the Dutch Oil Company N.A.M., where he initiallyworked as an Instrument Technician. In 1992 he joined Shell Global Solutions at Shell Research in Amsterdam as Quality Measuring Instrument (QMI) Assistant and later as Senior Assistant Chemist Analytical Processes at Hydro-Carbon Processing.  During this period he started working part-time at the Shell Head Office in The Hague as a Global QMI Consultant followed by a period as an Instrument and QMI Trainer as Shell International. From that moment he started his successful International careerand performed several jobs : QMI Start-up & Commissioning Engineer  at  Reliance Petroleum Refinery Ltd. – India; Senior Consultant during in-line blending project at Shell Harburg Refinery;  QMI Maintenance Engineer at Nigeria LNG and his last Shell assignment before retirement in November 2011 was a QMI-Trainer & Consultant in Sakhalin, Russia. 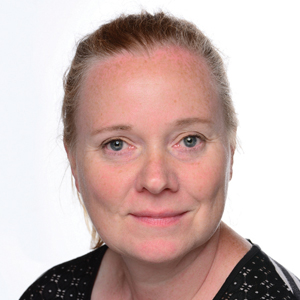 Dr. Ute Reichert has more than 20 years of experience in the biopharmaceutical and pharmaceutical industry, the last years as Head of an aseptic fill and finish production in Sandoz. During her work for other major companies as Lonza, Novartis, BI and Biogen, she collected the broad experience in varying positions in project management, process development, quality and production. As Project manager in contract manufacturing organizations, she was responsible for planning and project prosecution concerning timelines and budget and was one of the key persons to establish project management in a biotech company. As Head of quality the technical knowledge was completed by the legal framework, she was intimately involved in set up of business processes, definition of interfaces and stream lining of the processes to increase the efficiency and optimized working conditions. In Quality and in Production positions, one her main responsibilities was the training of employees. 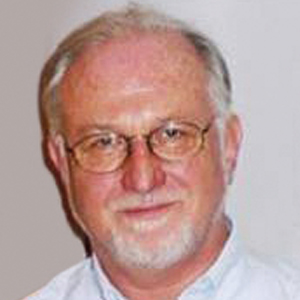 Dr. Malcolm Ross has over 35 years experience in the generics industry, the last 15 being at corporate level. He has been intimately involved in strategic planning, pipeline management and related activities. His early industrial experience with Teva and Taro were directed primarily to the US markets but later, as President of IPR, a company jointly owned by PAR and Merck Generics, followed by R&D director for Polpharma, his role expanded to include development for the European markets. Technically Malcolm specialized in development, both of formulations and analytical methodologies and holds a number of patents for novel formulations. In 2006 Malcolm moved to Basel and has worked for Novartis in several roles as well as consulting for a wide range of companies on strategic planning and technical matters. He has conducted many training courses throughout Europe and Asia. 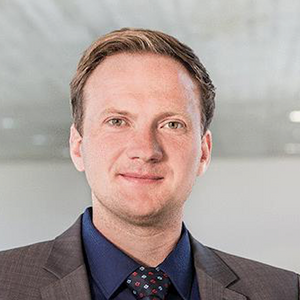 Felix Georg Müller the co-founder of plus10, a startup in the field of AI-based optimization systems for complex manufacturing lines and stand-alone machinesis. Previously he was Group Manager of Autonomous Manufacturing System Optimization at Fraunhofer IPA, leading research in Production Systems 4.0 at Fraunhofer IPA’s Industry 4.0 Application Center. His expertise lies in the optimization of production planning systems and in the design of intelligent manufacturing systems in research and development projects for industrial partners. He also specializes in intelligent analysis systems for connected production lines and the development of related algorithms, which has led to the filing of several patents over the past 2 years. He has also been leading research for various manufacturing companies in autonomous factory operation, self-optimizing production systems, and intelligent quality control systems. In 2016, Felix Müller co-authored the Fraunhofer IPA study which maps the current needs of Industry 4.0 in 270 companies and whose results are being used in Fraunhofer IPA’s Industry 4.0 Application Center.
‍
Scheduled courses:
Successful Implementation of Industry 4.0 in Manufacturing
‍ 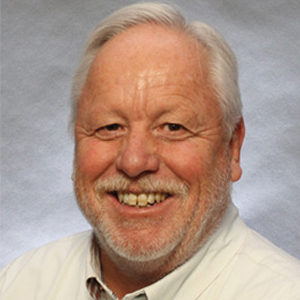 Franz Nothelfer is currently professional consultant for downstream processing and viral safety. Before his retirement in 2017, he was heading a position as associate director Protein Science at Boehringer Ingelheim Pharma GmbH & Co. KG. He was responsible for the development of novel purification processes for therapeutic proteins and monoclonal antibodies. His major task was the transfer, establishment and optimization of purification processes of customers to achieve robust and economic manufacturing processes. He was also responsible for the establishment of new innovative techniques in purification. From 1989 until 2003 he was conducting viral clearance studies. From 2003 until 2016 he was responsible for planning and conducting of viral clearance studies for BI internal projects and for client projects. 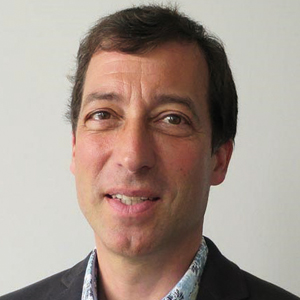 Dr. Hans Rogl is a biochemist by training and started his industry career as manager of a downstream process GMP production facility at Roche Diagnostics GmbH in Penzberg, Germany. In the following time he assumed roles in technical development at Roche and later as associate director at Boehringer Ingelheim Pharma GmbH & CoKG. Currently, he works as manager in technical regulatory affairs at Roche. During his career he had additional responsibilities as subject matter expert for viral safety. He has hands-on experience for conducting virus validation studies and a deep knowledge of current regulatory requirements and practises regarding viral safety. 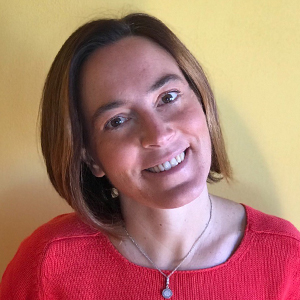 Dr. Laura Buttafoco has an extensive industrial experience in the development of drug products for the worldwide market, from scratch to registration, in accordance with GxP and ICH requirements. This includes writing and revision of CMC regulatory documentation for the drug substance and drug product used in veterinary and human hormonal therapy, antibiotics, statins, vaccines and overthe-counter medications. Laura’s experience brings a unique combination of scientific background and effective communication skills that are well matched with her international perspective and experience. She was responsible for the outsourcing of all analytical and processing activities related to the development, scale up, tech transfers and validation of pharmaceutical products within multidisciplinary teams managing in DSM, Janssen and Disphar. Laura also has in-depth and direct experience in collaborating and managing CROs and CMOs in culturally diverse environments, mostly within Europe and Asia (especially India and China). She is certified as an independent ICH-GCO and GLP auditor in clinical trials. 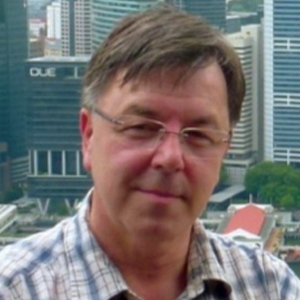 Heinz Janiec has been active in the petrochemical industry for more than 40 years. He graduated from the University of Hagen in electrical engineering and undertook a project management study at the Shell Project Academy in Rijswijk, The Netherlands. Heinz is accomplished in Project Management, Maintenance, APC, Instrumentation, Automation, HAZID/ HAZOP, Functional Safety, Cyber Security and Asset Management. Most of his career has been spent in project management (new installations, revamps and maintenance) at large petrochemical sites, including Shell’s Rheinland Refinery. He is a member of Honeywell’s User Input Subcommittee and Uniformance Advisory Board.